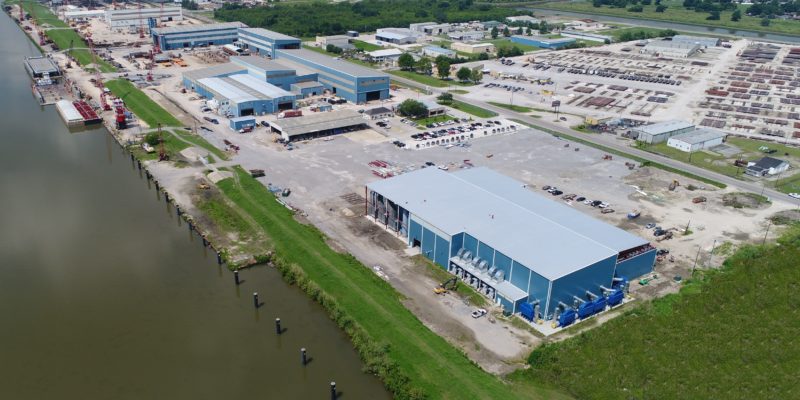 This latest expansion of the C & C Marine and Repair facility follows several completed and ongoing improvements to the shipyard.  These projects include the completion of its new corporate office, the installation of new pilings to add 900 feet of mooring capability to its existing dock, and the nearly completed state-of-the-art 83,350 square foot Climate-Controlled, Robotic Blast and Paint Buildings.